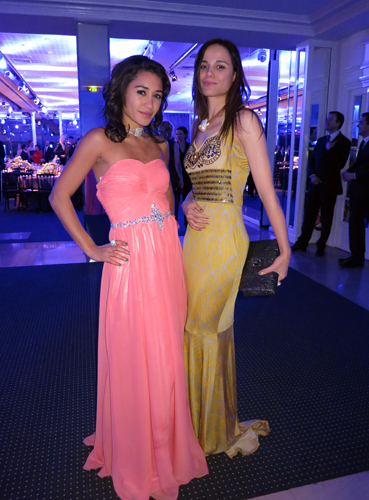 Dinner Mode Sidaction 2013
Pavilion Armenonville – Thursday, January 24
Collected € 728,000 for the fight against AIDS.Organized in partnership with the French Federation of Couture, the 11th edition of the Fashion Dinner gathered around Pierre Bergé and Line Renaud 700 people at the Pavillon d’Armenonville in Paris.

Pierre Bergé, and Françoise Barré-Sinoussi, Nobel Prize of Medicine and co-discoverer of the AIDS virus, recalled that the AIDS epidemic is not over and that the mobilization of all is more necessary than ever.  With 34 million people living with HIV worldwide, including 150,000 in France and 1.7 million deaths per year, the fight must continue. Line Renaud tribute to the fashion world and stressed the importance of this dinner for Sidaction for which the raffle and € 728 000 were able to be collected.

Christophe Guillarmé since 2010 continues to support the Sidaction. He was accompanied for the occasion by Melissa Mars and Joséphine Jobert.

The bubbly actress Joséphine Jobert soon Poster fiction “Under the Sun” has captured the attention in a strapless silk draped coral Christophe Guillarmé accompanied by a rolled neck and a diamond ring jeweler Gil Neuhaus. 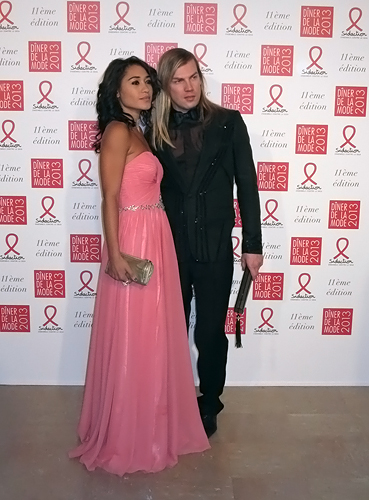 Work in the fashion industry and develop fashion websites. My primary fashion website is called Apparel Search and can be viewed at www.ApparelSearch.com My second largest site is the Fashion Industry Network which you can view at www.FashionIndustryNetwork.com
View all posts by Clothing Industry Guide →
This entry was posted in Celebrities, Fashion, Fashion Designers, Fashion Events and tagged Christophe Guillarmé, Joséphine Jobert, Melissa Mars. Bookmark the permalink.
Loading Comments...